We are proud to share the news that Zones won the Excellence in Operations Award for delivering market-leading operational excellence supporting Microsoft technology over the past year.

This marks the ninth time that Zones has been recognized for excellence in operations by Microsoft, and the second award given to Zones by Microsoft in 2015.

“Zones and Microsoft have worked together successfully in key segments around strategic initiatives, including software, hardware and cloud solutions,” said Todd Leeson, vice president of Partner and Product Marketing, Software, at Zones. “Winning the Microsoft Excellence in Operations Award for the ninth time emphasizes our commitment to the Microsoft platform and demonstrates our ability to deliver positive business outcomes for our customers.”

“Microsoft continues to innovate and drive improvements that empower our customers and our partners. The Operations Excellence Award recognizes our partners that are committed to working towards best in class customer service and for that we thank them and look forward to a long, strong partnership,” said Owen Roberts, general manager of Microsoft’s Americas Operations Center.

Earlier in 2015, Zones was recognized by Microsoft as the recipient of a 2015 Supplier Diversity Award. The Microsoft Supplier Program awards recognize superior performance, exemplary service and innovation by suppliers that demonstrate what it means to be a preferred supplier at Microsoft. 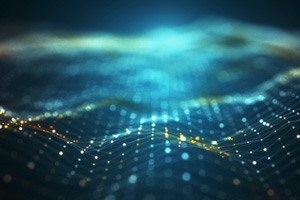 Why disaster recovery planning is a top priority in business today

When it comes to security fortification, even the best laid plans of smart, forward-thinking businesses can go awry. You can do everything right –...

When it comes time to tackle workplace modernization, corporate IT leaders today have a difficult tradeoff to consider. On one hand, it’s clear that...

Work with a Managed Service Provider to drive digital transformation

The business world has changed dramatically during the last couple of years due to the pandemic, as leaders have worked hard to prioritize...