Cross-pollination: Combining storage, compute, and networking into a single-vendor system.

For decades, evolution in the data center moved at a predictable pace, with incremental progress in accordance with Moore’s Law. Every year, processors went faster, drive capacity grew larger (and cheaper), and the network got faster and a little more stable. While always improving in terms of performance, the siloed nature of data center resources, with one set of resources “walled off” from others, meant there was a lot of redundancy and a good deal of idled resources at any given time.

Fast forward to 2018, and the data center is undergoing a revolution as hyperconverged infrastructure’s (HCI’s) cloudlike economics, scale, and ease of use win more converts

every day. Unlike traditional three-tier architecture, hyperconverged unites compute, storage, and networking along with control software in a single appliance or node – all pretested, prevalidated, and manufactured by a single vendor or partnership of vendors. That means full system control from a single pane of glass, even as you scale out with additional nodes within the data center.

And the advantages offered by hyperconverged architecture don’t stop there. Companies moving to hyperconverged can expect to enjoy lower CAPEX due to lower upfront infrastructure costs, lower OPEX from reductions in operational costs and personnel, and faster time-to-value for their investment.

Hyperconverged architecture does away with the need for siloed groups of resource engineers for compute, storage, and networking. All of these are administered through a single pane of glass, meaning members of today’s generation of IT generalists can readily oversee system activities.

With hyperconverged, there are other economies as well. The easy scalability and deployment of hyperconverged architecture’s “building blocks” allow a company to respond quickly as needs change. Instead of expensive forklift upgrades, hyperconverged lets you add clusters, increasing compute, storage, and networking to fit the need. In this way, you can scale without buying a lot of unnecessary headroom in the data center. 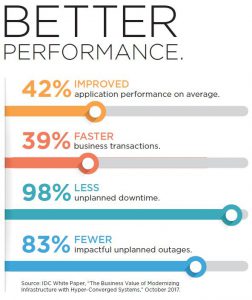 “As engineers, we tend to plan for worst-case scenarios,” said Garth Doverspike, a director with Zones nfrastructure™, the services company of Zones. “If marketing says plan for 1,000 users or 10,000 users, that’s what we build because we don’t want to be seen as not supporting the business. Hyperconverged gives us a way to grow without a lot of unnecessary planning for an uncertain future.

“With traditional three-tier scaleup architecture, if I believe that two years from now I’m going to need to support 700 users more than the 300 I do now, I might want to buy for that 1,000 now,” explained Doverspike. “Otherwise, I’m going to have to buy new equipment and do that forklift upgrade. With hyperconverged, I can say, ‘Let’s just plan for the 300, and if I do hit the 1,000 target, I’ll just slap in more bricks.’”

“If I buy large systems to start off and sink that capital equipment in early, I’m not getting much real value out of that size right away, and I don’t know whether I’m going to hit my 1,000 target,” added Doverspike. “On the other hand, with the hyperconverged platform, I can start off small, support the 300 users, and not have a huge sunk-capital cost. Then, if we hit those targets, I have the capability of growing as needed.”

“One of the distinct advantages that a large solution provider like Zones offers is a wide choice of vendors in the hyperconverged space,” said Zones PPM director for data center Brad Barnhart. “Our relationships with major players like Cisco, Dell EMC, HPE, and Nutanix give clients the ability to choose the best solution for their specific needs and preferences.”

One national airline recently turned to Zones for a hyperconverged implementation after years of outsourcing its infrastructure to colocation facilities. “They had some outages that severely impacted them,” Barnhart explained. “So, they decided to take matters into their own hands.”

Now, the airline is running some of their workloads in their new hyperconverged environment, but they’re looking to bring all of that infrastructure in house – with a good majority of that running on HCI – including their critical tier-one apps and their ecommerce platform as well.

“Hyperconverged infrastructure also presents a natural evolution to a software-defined data center and the cloud,” said Doverspike. “In addition to being able to manage their nodes or clusters through intuitive, easy-to-use software from a centralized location, our key hyperconverged partners offer RESTful APIs and direct integration with the major cloud players. As a result, hyperconverged infrastructure plays a critical role in our customers’ hybrid IT environments.”

Hyperconverged infrastructure also allows clients with traditional three-tier architecture to take a phased approach to upgrading the data center. “In some cases, clients might rely on legacy systems to run mission-critical apps but may be concerned about migrating them to a new technology since they know their existing environment more or less works,” Barnhart added. “But I can’t recall an example where a customer migrated a workload from their legacy environment to a hyperconverged environment and – after running it in their new hyperconverged environment – moved it back to their three-tier architecture for any reason.” 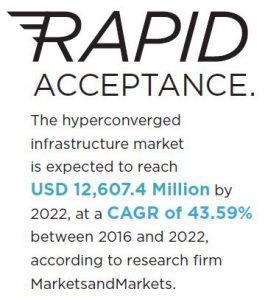 Clients are also turning to hyperconverged infrastructure for the speed and convenience it brings to distributed computing for remote and branch offices. “With a one-node cluster out at a branch office,” Barnhart said, “we can deliver a little compute, a little storage, and a little networking to the remote site and connect it with a larger centralized cluster in the data center. The remote office gets everything it needs, and IT can back it all up and manage the node remotely.”

The advantage of HCI in remote or branch office (ROBO) applications is that you manage the ROBO the same way and with the same tools (GUI, CLI, or code) you use to manage your data center infrastructure. Plus, capabilities like replication between the two environments are often “built in” to the solution so you have a way of providing backup or disaster recovery to those ROBOs without having to integrate new products.

That central management capability can pay big dividends whenever changes need to be made. Instead of needing to fly someone out to a remote location, you can manage it remotely, saving time and money for years to come. “In general, most IT groups I’ve worked with don’t really want to fly to some random location for the week,” noted Doverspike. “If you’re doing a very large multi-site rollout, we’re the people for that,” said Barnhart. “Our managed and professional services team literally has IT built up around our nterprise™ platform, with methodologies, processes, and a whole lot of thought having gone into ways to do it very effectively.”

HCI also offers organizations safe harbor from excessive commitments they may have made in the cloud. “There’s actually a fair number of people that went perhaps a little overenthusiastically into the public cloud,” said Doverspike, “and now they’re finding it actually costs more money.”

“If a virtual machine is used 24/7/365, it actually can cost more money to have it in the public cloud than my own data center or colo,” he continued. “Plus, an on-prem data center can deliver uptime of five nines or better. Out in the cloud, I’m lucky if I can get 99.5 percent uptime once you include all the SLAs for each component. Typically, public cloud vendors guarantee each service to a certain level, and as you add each service, the overall availability drops. To some organizations, that point-four-nine-nine can be worth a lot of money.” 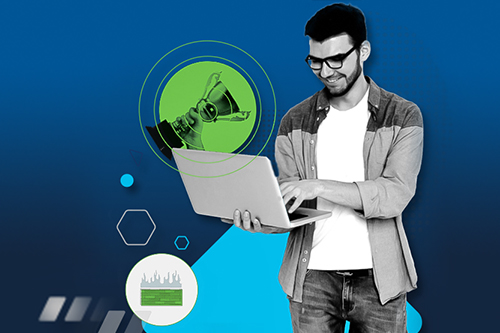 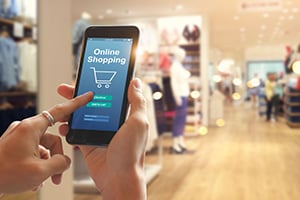