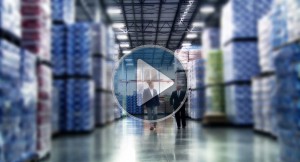 Enjoy a beer on the upper Texas Gulf Coast, and you can probably thank Del Papa Distributing Company. Founded more than a century ago, the company today distributes 10 million cases of beer annually, from 30 suppliers. More than 375 employees work at headquarters in Texas City and two other distribution centers.

The family-owned company has a simple aim: to be a great beer distribution company. So when Del Papa set out to build a new 27-acre headquarters, company leaders thought about how technology could contribute to its greatness. “We wanted the new distribution center to have a single, secure network we could use for physical security, communications, collaboration, and even monitoring the temperature of our inventory,” says Steve Holtsclaw, Manager of Information Systems for Del Papa.

The existing facility had separate networks for voice, data, video, and physical security. Those separate networks were expensive and got in the way of business. Wi-Fi performance in the warehouse area wasn’t reliable enough for the voice-activated order-picking, and personnel could only monitor video surveillance cameras from certain workstations.

Video surveillance cameras, phones, and wireless access points near the exterior gates receive Power over Ethernet (PoE) from Cisco Catalyst 3850 Series switches. In certain areas of the facility, Del Papa stacks these switches to provide more ports and capacity. All switches in a stack are managed as a single entity, saving time for the IT team.

The network now makes management and control of systems across the facility easier and more reliable than ever. With data from wired and wireless IP phones, video surveillance cameras, temperature sensors, digital signage, physical access control systems and telepresence systems all linked, Del Papa is seeing savings in energy and labor through enhanced automation and collaboration.

Enhancing security for people and products

To protect employees and inventory, 60 high-definition Cisco Video Surveillance IP Cameras monitor the property perimeter, the 100,000-square-foot warehouse, office corridors, and all delivery gates. Gates and doors lock and unlock automatically, according to a schedule. Zones integrated the video surveillance system, physical access control system, and Cisco phones. “If a door to a restricted area is open, employees receive an alert with a link to the video so they can see what’s going on,” says Holtsclaw. “And employees who monitor entrances can open doors by pressing a button on their Cisco Unified IP Phone.”

Video surveillance and physical access controls also help to prevent theft. “We can see everything that goes on or off our trucks,” Holtsclaw says. Designated personnel receive alerts when a door to a restricted area is opened. They just click a link to play video from a nearby camera. Video surveillance and physical access control also help employees feel safe. That’s a priority for the family-oriented company.

Phones in all three offices now connect through Cisco Unified Communications Manager at headquarters, and moving a line is now as simple as unplugging the phone and reconnecting it in the new office. No service provider visit; no fees. “Costs are much lower than they were when we had separate PBX systems in each location,” Holtsclaw says. “And the user experience is amazing, with great voice quality.”

Enhanced collaboration technology means employees no longer need to drive to another office for departmental meetings, performance reviews, quarterly all-company meetings, and first-round job interviews. Instead, they can just click to start a telepresence session with high-quality video and audio. “Of all the things we can do with our new network, TelePresence is the leadership’s favorite,” Holtsclaw says. “It’s made us more efficient because we can have an in-person experience without the time and costs of driving.”

Teams spread across the three locations now come together with high-quality video and audio. Previously, if the IT department wanted to make a major purchase that the owner or chief financial officer needed to approve, one of them had to drive to attend the presentation. “Now we can present our proposal over Cisco TelePresence,” says Holtsclaw. “We can all see each other’s faces to gauge reactions, and even digitally sign a contract during the call.”

The network also keeps the workforce informed. The latest news and delivery schedules appear on nearly 30 digital signs in break rooms, cafeterias, hallways, workout rooms, and delivery entrances. Content is centrally scheduled. For example, from 4 to 6 a.m., the signs in the delivery area display safety messages and weather. Signs in break-rooms play the latest advertisements and product information.

Warehouse staff now builds an average of 6.4 percent more cases each hour than they did in the old warehouse. The main reason is a Cisco wireless network that covers all of the 100,000-square-foot facility. Warehouse personnel build orders using a wireless voice-activated picking system. It says out loud which items to pick, and records each item as the bar code is scanned. “In our old warehouse, the order-picking system beeped constantly to tell us that wireless quality was not good enough,” Holtsclaw says. In that case, warehouse personnel had to rescan items, wasting time. “Latency is no longer a problem since we started using a Cisco wireless network,” says Holtsclaw.

Busy warehouse workers are rarely sitting by a phone. Prior to the upgrade, when sales reps called the warehouse with a rush order – maybe for a customer in need of a dozen extra cases for a special event the next day – warehouse employees were hard to reach. By the time they check voicemail, it might be too late to ship that day. “Now a sales rep with a last-minute order can reach someone in the warehouse who has a Cisco Unified Wireless IP Phone,” Holtsclaw says. “By the time the rep is back at the warehouse, the order is sitting in the bay.” When a phone call isn’t practical, the company can use Cisco Jabber for instant messaging.

It’s also easier to answer customer questions about order status, billing, and promotions. Any authorized employee in any office can connect to the company’s private cloud in Texas City to find the answers.

For more on the Del Papa story, watch the video.

6 Reasons To Use MacBook Air For Business

When it comes to investing in new computers for their company, business owners must think a good deal about it. After all, computers are integral to...

The world is surging toward a climate catastrophe where global warming is expected to reach an irrecoverable state. In 2019, the world generated...

Greenhouse gas emissions have a significant and potentially catastrophic impact on the climate. These emissions contribute to global warming and...