Printer Security and the Growing Hacker Climate: How Businesses Respond to Evolving Threats 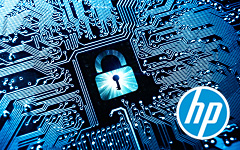 Based on the attention it’s drawn lately, hacking may feel like a recent phenomenon…but it’s actually been around in one form or another since the 1960s. Hacking was once the exclusive domain of curious technophiles who wanted to dissect computer systems and understand what made them tick, often pranking someone for fun. However, in the wake of WannaCry and other damaging exploits that hit businesses hard — with certain hacks taking advantage of lax printer security — it’s impossible to deny that hacking has matured into a more complex and dangerous enterprise.

According to TechRepublic, ransomware is a billion-dollar industry that holds hospital and other global enterprise data hostage. Even the entertainment juggernaut HBO fell victim to hacks this summer, as episodes of its popular series Game of Thrones were leaked and downloaded en masse prior to air dates. Meanwhile, phishing is becoming increasingly sophisticated – and if the recent Equifax breach is any indication, we’re likely to see much more of it. Hacking is here to stay, and it’s getting smarter all the time. Here’s how security measures are evolving in response to the growing threat.

Hacking: The Cost of Doing Business

Enterprise leaders understand that contending with hacking is now a cost of doing business. Business professionals must treat instances of hacking as priority risk management considerations. Although leaders were reluctant to make the necessary security investments in the past, costly breaches are forcing many to take the threat of hacking far more seriously. Ignorance and failure to be proactive could lead to a data breach, resulting in reputation damage and lost capital.

The costs of being hacked add up quickly. According to CSO Online, the latest Yahoo! hack “knocked $350 million off its sale price.” Another example is the infamous Target breach of 2013, which cost the company an estimated $162 million. The threat is just as large — if not larger — for small businesses that cannot afford to pay hackers for their ransomed data and network access. For example, CNN reports that a ransomware attack can cost small businesses up to $100,000 from downtime alone — this doesn’t include the price of mitigating the threat or paying the ransom (both costly options). Even a quick financial estimate is reason enough to take smart preventive measures.

Fortunately, business professionals and IT leaders are now searching for new and innovative ways to combat evolving threats. Many are pursuing paths of technology modernization, migrating workloads to the cloud to leverage real-time patching tools and timely system updates. These processes free up IT staff, allowing them to focus on more granular security considerations. Compared with the on-premise past (in which IT teams managed every single security protocol), this scenario lightens IT professionals’ workload and makes it easier for them to hone in on priority issues.

Some businesses use smart devices like printers to bolster their defenses against hackers, thereby securing a commonly overlooked vulnerability. Printers have evolved in recent years, transforming from simple appliances tasked with a single job to smart technological solutions with powerful security features that can intelligently defend a business against a breach. While they may not look that different from the printers of the past, these next-generation printers feature built-in intrusion detection software that senses and stops attacks in-real time. They can even heal themselves using reboots. Advanced printing solutions also ease the burden on IT teams, as today’s printers notify professionals if a threat is detected, allowing for faster response times to potential attacks.

The Future of Hacking

The hacking landscape will continue to evolve in astonishing new ways. In fact, audacious exploits are already making headlines. According to Fast Company, Chinese hackers devised a way to commandeer voice assistants like Siri and Amazon Echo using ultrasonic voice commands inaudible to human ears. How will enterprises respond to these developing threats? Industry analysts believe that businesses will leverage artificial intelligence in the war against hackers, deploying armies of bots to defend their data from aggressive attacks at exponentially greater speeds. Some companies might form alliances with ethical hackers, hiring them to help the business as a whole think like hackers. Every employee across the workplace will learn how to identify subtle security weaknesses. The threats themselves will likely become more intimate and immediate, as wearables give way to implants that integrate into the human body. For any company looking to protect itself and its customers from hacks, it will be imperative to purchase advanced technology that can automatically fend off incursions. That’s why industry leaders like Zones and HP place such importance on security solutions – these features will soon be essential for conducting business in a digital world.

Hacking began as an insatiable quest for knowledge, but it has since become a global, criminal enterprise that shows no sign of relenting. Companies now know that they must invest in the most innovative, secure technology available in order to protect critical data. Hackers will continue to devise intuitive exploits, but businesses are finally developing strategies to counter them – and that’s a trend that must continue if we value our information.

If you’re interested in learning more about how you can safeguard your data, contact Zones at 800.408.ZONES – we’ll help you plan your defense.

6 Reasons To Use MacBook Air For Business

When it comes to investing in new computers for their company, business owners must think a good deal about it. After all, computers are integral to...

The world is surging toward a climate catastrophe where global warming is expected to reach an irrecoverable state. In 2019, the world generated...

Greenhouse gas emissions have a significant and potentially catastrophic impact on the climate. These emissions contribute to global warming and...