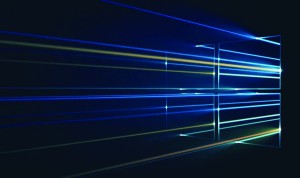 You would expect technical differences between the Datacenter and Standard editions, yet Microsoft only addressed virtual machine entitlements – that’s it. Standard allows for two VMs per license, while Datacenter gives admins the opportunity to run an unlimited number of VMs, as long as the hardware could handle it. In regards to the software, there were no technical advantages in having Datacenter edition.

Windows Server 2016, which is rumored to be available this quarter, brings new features and technical advantages of having the Datacenter edition, as well as additional advantages of Software Assurance.

Regardless of the edition, Windows Server 2016 comes with two significant features. These features are tailored to help administrators with private cloud environments and empower software developers.

In addition to unlimited VMs, Windows Server 2016 Datacenter introduces four significant features, two of which can have compelling business impacts. Host Guardian Service and Shielded VMs are great features, introducing granular administrative options and improved VM security within Windows Server, respectively. However, Storage Spaces Direct and Storage Replica have great business implications, as they create an opportunity to effectively utilize all of the storage in an IT environment and build disaster recovery architecture without investment in additional software.

Technical benefits of Software Assurance – on to the Cloud!

Before continuing, take a quick glance at a previous blog to understand how SA can save your organization on significant licensing costs in the future.

Applying to both Standard and Datacenter editions, active Software Assurance on Windows Server provides Azure Hybrid Use Benefits (HUB.) Yes, in Windows Server 2012 as well! While this is not a new feature, this is a highly overlooked SA benefit. In essence, HUB allows an admin to spin up Windows VMs in Azure at the price of a Linux VM, which is nearly half of the price of Windows VM consumption. Take that up to powerful D-Level VMs, the savings are in the thousands (depending on consumption,) which definitely exceeds the value of SA.

Each Windows Server license (regardless of edition) entitles an admin to two Azure VMs with 8 cores or less, or one Azure VM with 16 cores or less, which aligns with the Windows Server 2016 licensing model. A caveat, if this benefit is used with Standard edition, on premise use rights are revoked. HUB is geared towards highly virtualized environments, with organizations aiming to build a hybrid could environment, utilizing Windows Server Datacenter.

Reach out to your Zones Account Executive to learn more about SA benefits with Windows Server. Also, get connected with Zones Advanced Solutions Group to gain insight on how to utilize Windows Server and Azure cloud technology to give your business a competitive edge.

According to the old conventional wisdom, the best way to invest in your business was to dedicate resources to workplace modernization. Better office...

Logitech and Zones are teaming up to make remote work easy

It’s become clear in recent years that workplace modernization is the key to driving business resiliency. If you give people the latest and best...

Automation is bringing greater efficiency to the retail industry

In the retail industry, IT leaders have long had a focus on workplace modernization. After all, when you implement better technology in retail,...